last week the idea of the 10 year above 4.10% and the 2 year above 4.6% were considered laughable. Instead the evidence that this slow moving crash is beginning to accelerate. The three month chart of the US 10 year yield demonstrates this clearly as yields have almost doubled: 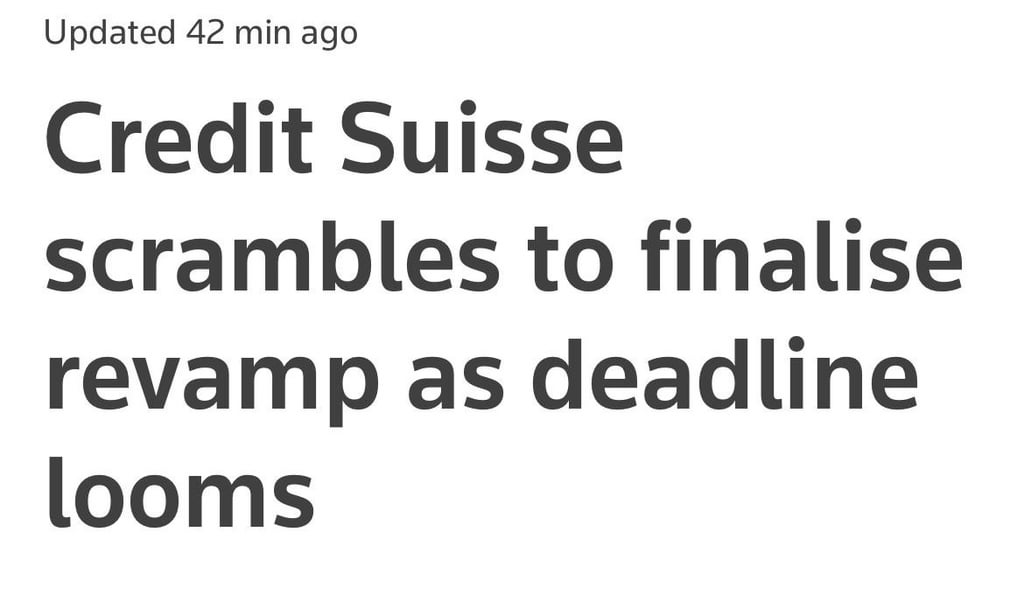 Credit Suisse is racing to firm up sales of part of its business that could limit the cash it needs from investors, a person with direct knowledge of the matter said, with just days to go before the bank unveils an overhaul.

The embattled Swiss lender wants to draw a line under a string of scandals and legal actions in a shake-up that would likely see it pare back a volatile investment bank in London and New York to focus on banking for the rich in Switzerland. 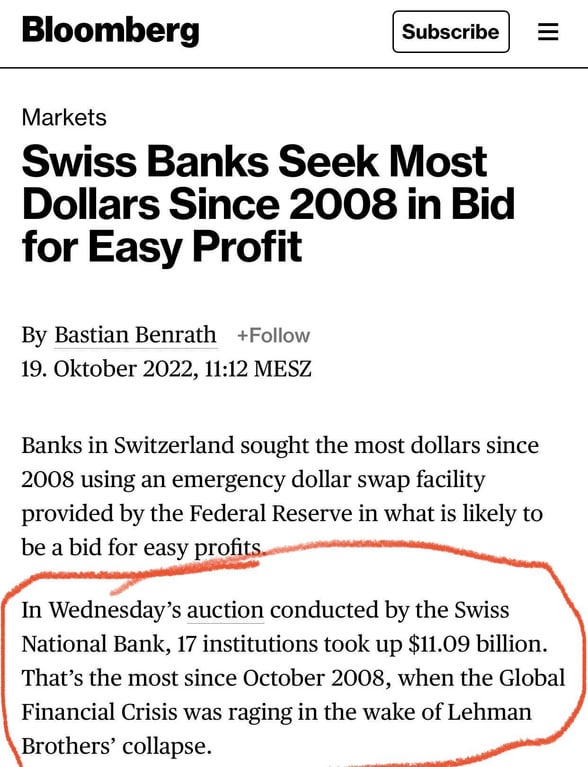 The next recession will likely begin in the very near future, the index of leading economic indicators from the Conference Board showed Thursday.

The Conference Board said its Leading Economic Index (LEI) for the U.S. fell by 0.4 percent in September 2022 to 115.9, after remaining unchanged in August. The index has declined in seven of the last nine months.

“The US LEI fell again in September and its persistent downward trajectory in recent months suggests a recession is increasingly likely before yearend,” said Ataman Ozyildirim, Senior Director, Economics, at The Conference Board. “The six-month growth rate of the LEI fell deeper into negative territory in September, and weaknesses among the leading indicators were widespread.”

The Conference Board forecasts real GDP growth will be 1.5 percent year-over-year in 2022 and slow further in the first half of next year.

Philly Fed: Inflation Getting Worse Even While Demand Slumps Again