The probability of a 35 year-old US man dying within the next year is under 0.2%, according to US Social Security Administration (SSA) data. For a 35 year-old woman, chances are about 0.1%. These probabilities increase only very gradually with age. Even a 50-year old man runs a mere 0.5% risk, a 50-year old woman just 0.3%.

But what are the odds, in any given year, of the detonation of a nuclear bomb or some other malicious nuclear incident that results in mass casualties somewhere in the world? Most experts put the odds at something considerably higher than the above probabilities. And that’s after excluding the potential for accidental meltdowns like those at Fukushima and Chernobyl that have been, and should be in the future, less impactful on the markets.

Yet many 35-year-olds own term life insurance policies that pay off only at death, while giving scarcely a thought to how a nuclear incident might affect them. Now, of course, there are some differences. If you die a non-nuclear death, the outcome is quite clear: You are dead. On the other hand, if a limited nuclear event involving, say, a handful or fewer weapons takes place someplace across the globe, it is unlikely to kill you. But you better believe that you and the 99.9% of the world population that survives will care about the ramifications to the economy, the markets, and our portfolios in the aftermath.

Granted, it is impossible to predict the precise timing and financial toll of any nuclear incident, but the effects could be catastrophic. So the financial and business communities need to do more today, not The Day After, to prevent such events. They also must prepare the economy, the markets, and our portfolios to be more resilient should those prevention efforts fail. And flip answers like “Just buy gold” don’t suffice.

The probability of mutual assured destruction (MAD) between the United States and Russia has receded from the Cold War-era levels of 30 to 60 years ago. But Western relations with Russia have deteriorated over the last several years. The United States announced in early February that it would withdraw from the Intermediate-Range Nuclear Forces (INF) Treaty in six months if Russia didn’t stop violating the pact. A new arms race is brewing between the two countries, made even more dangerous by a belief among factions on both sides that nuclear weapons with smaller payloads could be detonated in small-scale conflicts without igniting a broader conflagration.

The recent armed confrontation, however limited, between nuclear powers India and Pakistan should serve to remind the world that the region remains a nuclear powder keg. For North Korea, the bombast of 2017 has eased somewhat but the pace and definition of nuclear disarmament are unresolved and a tense or violent showdown could still ensue.

The terrorist threat remains. Various groups have sought nuclear arms and weapons-grade material in the past and will continue to do so in the future. Once such a group possesses the necessary nuclear materials, building a bomb is not especially difficult. Short of that, producing a radiological or “dirty” bomb is a much simpler task. And while the detonation of such a device would not create near the destruction of a proper nuclear weapon, it could devastate market confidence.

The Overwhelming Risk of Miscalculation

The most likely risk to nuclear confrontation may be that two state actors blunder into a nuclear exchange. The command and control infrastructures of global nuclear arsenals are far from foolproof. Indeed, author Eric Schlosser has reported that during the Cuban Missile Crisis “the captain of a Soviet submarine mistakenly believed that his vessel was under attack by U.S. warships and ordered the firing of a torpedo armed with a nuclear warhead. His order was blocked by a fellow officer. Had the torpedo been fired, the United States would have retaliated with nuclear weapons.”

In 1980, US early warning systems indicated a large incoming Soviet missile attack, which investigations later found to be caused by a failed computer chip, according to the Union of Concerned Scientists. These are but a few of many near misses.

And the hair-trigger status of US and Russian nuclear arsenals neutralizes many of the safeguards against unauthorized or accidental launch as well as, alternately, a mistaken launch in response to flawed data. The increased potential for cyberterrorism targeting the command and control and power plant infrastructures only compounds such risks.

What Can Finance Do?

The financial community should take a page out of the socially responsible investing (SRI)/environmental, social, and governance (ESG) playbook and work to reduce nuclear risks the same way it does those of climate change. For instance, Christopher Bidwell of the Federation of American Scientists (FAS) points out that sanctions are powerful tools to bring bad actors to the table and companies (banking, insurance, transportation, industrial, etc.) have a duty to know their customers and diligently enforce sanctions. And investors should perform their own due diligence and ensure the companies they are investing in are acting responsibly.

More concretely and most immediately, market participants should use their resources to help pass the proposed Markey-Lieu legislation. This bill restricts the US president’s ability to launch a first-use nuclear strike without congressional approval. Removing such a capability now should not be thought of as a referendum on the current president or his policies, but rather as a statement of the obvious — that no one person alone should be entrusted with such awesome responsibility.

Admittedly, building a portfolio strictly around a potential nuclear incident is ill-advised. At the same time, a nuclear incident could wipe out an overly leveraged or otherwise poorly constructed portfolio in a heartbeat. So there are some steps investors can take to protect themselves, which I discuss in greater detail in the Bulletin of the Atomic Scientists. Investors and other market participants should also explore how to ensure their own and the broader system’s resiliency. For instance, companies and regulators could expand the use of “contingent” debt/capital beyond European financial companies, where it is common practice, to financial companies across the world as well as into non-financial sectors. Should a nuclear or similar disaster take place, such debt could convert to equity or have its maturity extended and covenants relaxed.

None of these recommendations are meant to suggest that a nuclear event is inevitable. Rather, the point is that like a 35-year-old preparing for a 0.2% or 0.1% annual probability scenario when buying term life insurance, finance should do its part now to both prevent and/or mitigate the damage of this higher likelihood event.

For a fuller discussion, David Epstein, CFA, authored an article for the Bulletin of the Atomic Scientists. 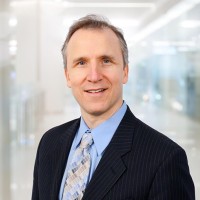 David Epstein, CFA, has spent nearly 20 years as a research analyst on both the sell-side and buy-side, focused all across the capital structure. He has long studied nuclear risks and is trying to educate the financial and business communities on what they can do in terms of prevention and preparation. He has an MBA in finance from UCLA and a BS in psychology from Johns Hopkins. He can be reached at [email protected]