Negative interest rates were viewed as an unorthodox experiment when the European Central Bank (ECB) first implemented them in 2014. Despite unfavorable comparisons to traps and shackles, a growing number of countries have adopted them in the years since.

As unorthodox monetary policy becomes the new normal, it presents investors with new challenges. But Eric Lonergan of M&G Investments thinks that low rates offer an opportunity. In an online presentation for CFA Institute, he drew parallels between negative interest rates and oil deposits.

Proponents of modern monetary theory (MMT) see inflation as the only relevant constraint on the money supply: In a deflationary world, negative interest rates reduce the possibility of inflation, so countries can dramatically expand their money supply. In this sense, negative rates are like striking oil, Lonergan says. Once the resource is discovered, countries can increase public spending and potentially stimulate their economies.

Though many commercial bank heads are unenthusiastic about negative rates, Jean Pierre Mustier, chief executive of UniCredit and president of the European Banking Federation, is a notable exception. Negative rates are a “net positive,” he says, because they prop up regional economies. Mustier also encourages banks to look for ways to mitigate their unwanted effects.

One potential mitigation measure: dual interest rates for deposits and loans. Lonergan believes this could offset the downsides of negative rates so that central banks can shift their focus from encouraging inflation to making the most out of deflation. By setting separate interest rates, policymakers could encourage borrowing and consumption without punishing savers.

Some financial professionals are skeptical. “The policy easily gets muddled and misunderstood by the market,” said Elliot Hentov, head of policy research at State Street Global Advisors. “Worse, when dual rates diverge a lot, you create a perverse incentive for financial engineering for certain actors to access the lower policy rate.”

Dual rates are already part of the European Central Bank’s targeted longer-term refinancing operation (TLTRO) program, which was launched in June 2014. Funds provided through TLTROs come with a condition: They must be converted into new loans to the private sector. The financial industry’s profits normally erode in a negative rate environment because they are tied to loan interest. TLTROs remedy this by subsidizing lending.

Central banks may continue their experiment with negative interest rates for the foreseeable future. Bank of England governor Andrew Bailey recently announced that negative rates were under active review, warning lenders that adapting to them would not be easy.

Dual interest rates may be one way to address the challenges, but the real difficulty lies in their effective implementation. 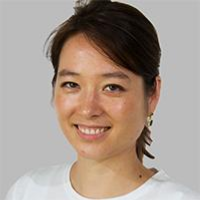 Momoe Ikeda-Chelminska is currently a Director, Conferences, in the Educational Events & Programs group at CFA Institute.