This was the question my daughter framed when she was old enough to seek pocket-money. Instead, we chose to keep money in a safe spot for ALL expenses including household and my job was to keep replenishing it.

It was tricky to deny them a fixed amount with peer-pressure from more affluent classmates. When there was a new doll in stores, a visit to a wholesale market helped them understand the cost of impulse purchases and buying-convenience. My wife till date does not know what was my salary at any stage and we spent money carefully all along.

The mindset developed helped the family is not seeking the best cars, or stay on in my father’s house in the upmarket part of the city.

NOTE : This is a personal money story of Mr. Vijay, a regular reader of this blog.

A little bit about my family

My parents landed in Delhi from Pakistan after 1947 and my father took up a job in a respected school. Funds were just enough to meet basic needs and did well enough in studies to have a choice of engineering colleges. Opted for a local one to save on expenses and on graduation joined a leading Indian engineering company.

As a sales engineer for a product that went to all large industries, got a good exposure to the insight of businesses and economy. Working in a highly diversified company meant interaction with colleagues serving other industries in the age when financial newspapers only reached senior people.

That was a good grounding for the stage when you have to choose between hundreds of listed companies and there was only market grapevine to go by.

Investment in policies and loans I had taken

Apart from the life insurance policies taken very early in career, never looked at this avenue for savings or investment. This was about the time old MNCs were forced to go public and have held on to many of the purchases made in that era. Once the potential looked visible, branched out to the secondary market to plough savings.

More often have gone for non-family companies, but not necessarily international MNCs. Probably the most successful investments have been in Indian companies that grew to be successful in the developing countries.

The only time I took any loans was against LIC policies in the era when you could just withdraw a good percentage of your year’s contribution at low rates, and the cumulative figure just reduced the maturity amount. Such were the amounts which went into equity and there was never even thought of taking a loan to acquire assets.

My first capital purchase of Rs.3500 for a Vespa came out of mortgaging with my father a yearly scholarship for engineering studies.

How my wife build her own portfolio

In the days when people made uncles & aunties open bank accounts to put a maximum number of IPO applications, my wife’s portfolio started building up. Resisting pressure for short-term gains, built further on it by capitalizing gifted funds from the family. When the valuation reached lacs, made her purchase the flat we were living in to have a steady rental income.

She built a portfolio again and then invested in the post office/bank FD’s to get tax-free income. Once we could see surplus funds, I decided to go for forced-savings by opening Recurring Deposit accounts every April. This has been a major advantage as I have future savings earning interest at 9 – 9.5 % and maturing to give me tidy sums for holidays across the world and even gifting it for our grandchildren’s education.

The next phase of my life

When in my fifties, salaried people became better off and I got the opportunity to head a small MNC’s Indian operations. There was more to save or we could have raised our standard of living. We chose to calibrate lifestyles at what we could support after retirement, for which I had an age of 58 in mind. And that was exactly when I left my last 9 to 5 job to work on short projects and supported NGOs from my savings.

In stock-selection, we have taken the route where long term economy is important, not the market. Playing contrary to “100 minus your age in Equity ” has assumed that investments are for the family, not individual. Accordingly, self and wife have Demat accounts with a spouse as 2nd and one daughter each as 3rd holder.

At 72, I should still be able to manage things for another 10 years but this would allow us to pass on the investments to them by a change in the order of names. It can be at a stage when we want to go into the next stage of retirement, or earlier if any of them need over Rs. 4 Crore each in their accounts.

My portfolio churn is limited to under 5% over a year; more often when FDs are maturing and equity may be doing better. I prune a holding which has done well and its weightage in total can be brought down.

Identifying a BUY candidate for a ‘switch ‘ transaction, would track the movement of the two stocks, disregarding index movements, and choose the time to switch. Most such transactions have happened when good companies have disappointed for some transient reason.

If I could go back into time, like the characters of science fiction movies, would I do things any differently?

That Rs.1350 would have been worth about Rs.8 Lacs today. At the macro level, I feel that my occupation as a project manager has made me think ahead of major decisions. Once having done that, second thoughts have limited space.

I wanted to share one more thing. When I received nearly Rs 5 Cr from the sale of family property, allocated all of it to my daughters. For one, a purchased a flat while the second got it in cash. Since I have enough to live on , felt that it should be invested by them to suit their needs

Too many of us are too busy at the height of a career to develop interests that will keep them usefully occupied in the latter half of their retired life. Going to the bank or post office is no longer an option and you cannot travel all the time.

So people in their late fifties need to be helped by their employers in finding the traits that will keep them from coming in the way of their housemaids. I would be happy to be part of such an initiative.

There is the acute failure of financial planning among people in the fifties and would love to be part of groups analyzing the basics of inflation and the effect of longer life-spans on savings.

The height of it is the Bollywood blockbuster of 2003 (Baghban) showing a retired bank manager splitting from his wife as they had no roof over their heads after helping kids with their savings. 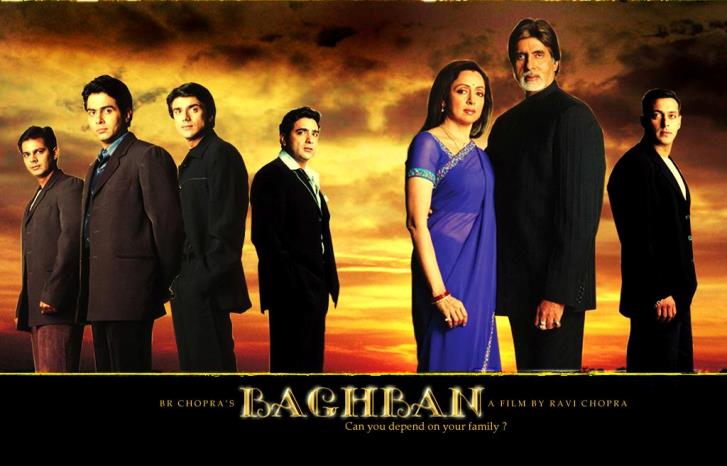 Let us know if you have any thoughts coming up after reading this money story?